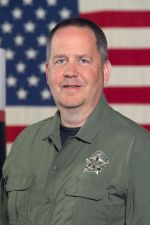 David is a retired Wichita Police Officer with over 25 years of police and security experience. He is one of the Emergency Vehicle Operations Course (EVOC) guest instructors with the State of Kansas Law Enforcement Training Academy and trained recruits for his own department before retiring. After retiring he has stayed on with his department as a reserve officer.

During his time with his department, he received numerous awards and commendations including three Bronze Wreath of Merit Awards. David started with USDSA in 2004 as one of the national trainers and has worked his way up to the executive director role within the organization. He has been an instructor/speaker and institutional provider at numerous training academies and martial arts/fight gyms across the nation. He has had the opportunity to train with some of the best know MMA coaches and gyms.

David trains private security from aircraft manufacturing, banking entities, and Fortune 500 companies. He is featured in a hand-to-hand combat DVD and is a co-owner of a combatives training center in the Midwest. 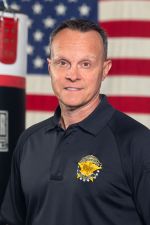 Mike is a former full-time law enforcement officer and team leader/point man for an active multi-agency SWAT Team. He holds a Bachelor of Science in administration of justice as well numerous instructor certifications and credentials in law enforcement training.

Mike has been training nationally for organizations since 1999, and his courses are innovative and reality based. He developed the Instinctive Hand-to-Hand Combat Fighting/Training System, which is a life changing officer survival training course. His Active Shooter Response/Tactical Entry Course has been coveted by agencies across the country for its innovative tactics and training concepts. He is a guest instructor/speaker and institutional provider at numerous training academies across the country, as well as presenting at many martial arts/fight gyms. He is featured in the Instinctive Hand-to-Hand Combat DVD and has written numerous published training articles, as well as being a contributor on the American Heroes Network’s “American Lawman” series, and national media contributions.

He is co-owner of a combatives and training center in the Midwest. Mike trains private security entities including clients from Fortune 500 companies. He still considers himself a student and is continually searching to improve himself and others. 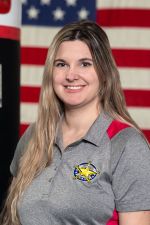 Alexis is a former full time law enforcement officer. She was the recipient for the Larry D Welch award for being top of her class at the Kansas Law Enforcement Training Center. Alexis has a Bachelor of Science degree in criminal justice through Wichita State University. 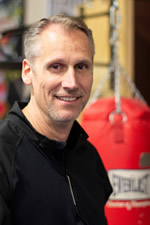 Brian began in law enforcement as a reserve officer in 1987 for the Clover Police Department, transitioning to full-time in 1989 as a patrol officer. Later that year, he transferred to the York County Sheriff’s Office where he is currently retired after serving as the agency training officer. Brian has worked in patrol, traffic enforcement, SWAT, Civil Process & Warrants, investigations and internal affairs prior to training and is a graduate of the 232nd class of the FBI National Academy in Quantico Virginia. In his career, Brian has become an instructor for the Sheriff’s Office in: O.C., Defensive Tactics, Firearms, Edge Weapon Defense, Ground Defense, Close Combat, Krav Maga and Personal Security Detail.

Additionally, Brian is a Master Instructor for the Eng School of Self-Defense (World Combative Arts System) and operates his own school in Clover. Other related accomplishments include: safety programs for women, teens, and seniors; Street Safe kid safety program; and CWP and weapons training for civilians.

Sara Fulton is a former administrative assistant and bookkeeper who has worked in the customer care industry many years. Her courteous and professional demeanor, along with her attention to detail and vast office/computer skills, make her a fine addition to the USDSA organization. 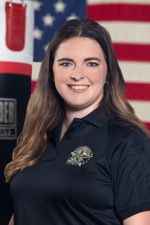 Sierra Brandt has many years of experience in data entry, bookkeeping, project management and customer service. She was a firefighter/EMT for 6 years.  Her attention to detail, and computer and organizational skills is what makes her a great Program Service Associate.

Colonel Raymond Hord, USMC (Ret), recently joined the USDSA team to serve as our new Director of Development, and will spearhead our campaign to promote and enhance fundraising for the organization.

Following his career service in the Marine Corps, Ray went on to accrue significant experience spanning over 20 years in executive positions in the nonprofit field. His initial work began as a Vice President at the United Services Organizations (USO), a global nonprofit providing morale outreach programs for forward deployed military forces, where he worked closely with corporate and individual sponsors. Subsequently, Ray served as the Vice President for Development for the Marine Corps Heritage Foundation, helping raise over $100 million to bring forward the National Museum of the Marine Corps in Quantico, VA. Following this successful venture, he accepted the challenge of raising funds for another museum campaign, this time to build the National Law Enforcemnt Museum at the site of the National Law Enforcement Officers’ Memorial in Washington, DC. His productive service as the Chief Developemnt Officer was a major element in opening this national treasure in 2018.

With his diverse military and nonprofit experience, Ray is well familiar with structuring and managing major fundraising efforts. He has briefed Members of Congress, corporate, government, and civic leadership on the importance of maintaining our national security through responsible philanthropic engagement.

Janet Michaels - President of the Board - Voting member since 2011

Craig Floyd - Voting Board member since 2021

Allen Wolf - Voting Board member since 2018